Flatfinger-FingerstyleWhen the ten-year-old Milanese picked up the guitar in 1970, nobody knew that he was headed to be part of a golden age of fingerstyle guitar. With Stefan Grossman as a guide in technique and tradition and Alex DeGrassi and John Renbourn as role models, Lupi has eventually developed an enviable diversity and depth of expression encompassing earthy acoustic blues as well as percussive modern jazz. But at the center of Lupi´s art there are pieces of Mediterranean flair and Latin grooves that sound as if the very sunlight on Italian hills had been transformed into notes. Lyrical and yet powerful, happy and wistful at the same time, full of bright colours and still of noble restraint, Lupi´s highly original and irresistible fingerstyle even captivated everybody at the 2009 Open Strings Festival – an audience famously spoiled with nothing but great guitar music. 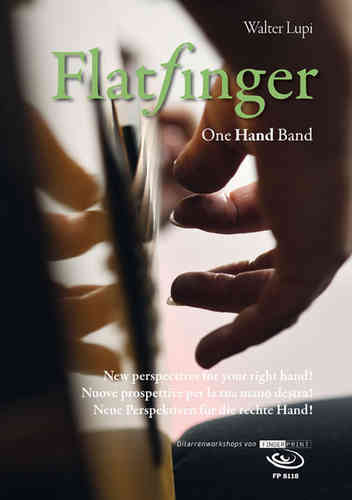