outstanding talent
Yamandú Costa, an outstanding Brazilian talent, whose masterful performance fascinates with his breathtaking technique, surprising strokes of genius, charisma and class. The guitarist, who hails from Rio Grande do Sul, studied the works of Baden Powell and Tom Jobim and developed an incomparable manner of playing the guitar, somewhere between genius and madness. And Yamandú Costa is like all geniuses when he flashes the most difficult scales with a bored look at his concerts: delightfully crazy, fascinating, frighteningly good.
With “Mafuá“, this exceptional talent at the guitar has produced an instrumental album with his own compositions that shuttle between samba, choro and tango, music that is captivatingly rhythmical and filled with an overwhelming melodic diversity, which he decorates with explosive runs. Even though Yamandú Costa has already recorded several album productions, he does reveal a novelty in “Mafuá”: It is indeed his first solo work. 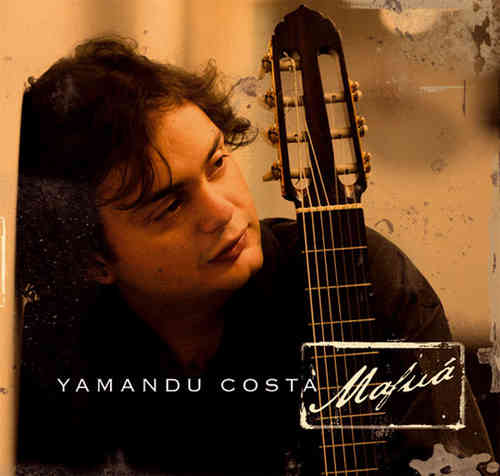