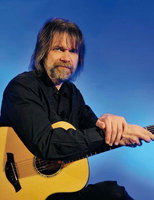 Signore plectrum
Without a doubt, the Genuese guitarist is regarded as one of the great performers of Italian guitar music. But Beppe Gambetta also manages to combine the Mediterranean tradition with American roots music such as swing, blues, ragtime and bluegrass to create an unmistakeable fusion which highlights his abilities as a composer and singer as well as a guitarist. His remarkable atmospheric cascades of sound have earned him the appreciative nickname “Signore Plectrum” in the specialist press. In addition to his splendid guitar technique, he possesses boundless vision as a composer, has a delightful singing voice and an unforced charm, which has made him a favorite of audiences all over the world.
Alongside his numerous collaborations with other artists, instructional books and workshops, on his new solo work „Collection“ Beppe Gambetta presents a series of compositions full of personality and character. With Italian roots in his blood and American roots music in his heart, Beppe Gambetta is an energetic virtuoso who is able to present his musical passions in a perfectly harmonious form. 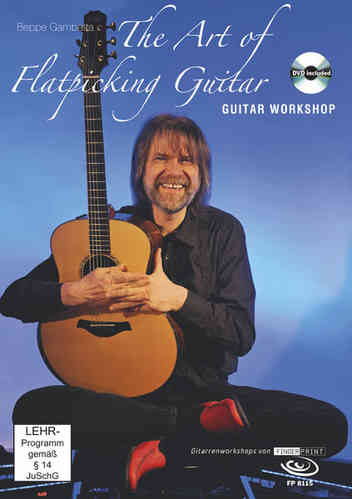