Being able to spellbind an audience of a thousand with Celtic guitar music is a rare gift - and one that mathematics major Tony McManus only discovered out of classroom boredom. Instead of solving equations, he soon found himself preoccupied with guitar transcriptions of the Scottish and Irish music he had been raised on; lacking any real guitarist role models, he emulated pipers and flutists. And with no one around to talk him into deciding between fingerstyle and flatpicking, McManus simply developed top-level mastery of both. Performing in pubs, he was soon to launch a worldwide career as a guitarist in utmost demand. One can simply not get enough of the Scotsman’s superb tone and timing, his fine sense of ornamentation and melodies; who wouldn’t want to be entranced by this mixture of Celtic dance and mystical silence over and over again? 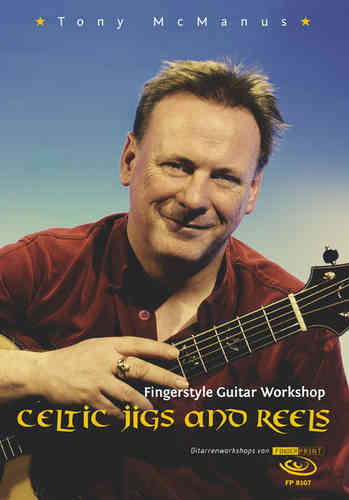